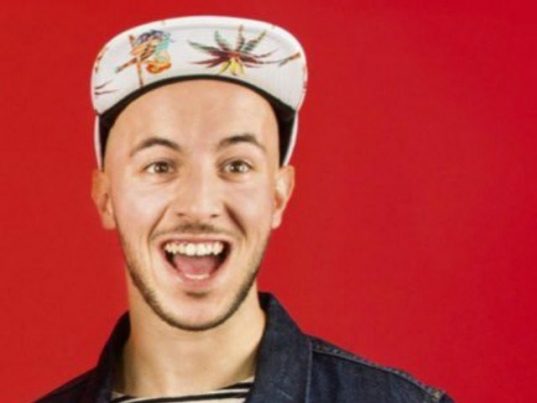 Anyone following political coverage in the United States and Europe and who is not getting spoon-fed the daily narrative by the discredited hacks in the so-called “mainstream” media knows that billionaire Leftist George Soros has his dirty, filthy hands on nearly every aspect of the political unrest boiling over on both sides of the Atlantic.

His efforts in the U.S. are aimed at thwarting, opposing, delegitimizing and disrupting every bit of President Donald J. Trump’s agenda, as well as the agenda of the Republican congressional majority. In Europe, Soros’ efforts are focused on preventing the spread of the same brand of nationalism and populism that put Trump in power, led to Britain’s exit from the European Union, and the rise of right-leaning parties across the European continent, particularly in France. (RELATED: World leaders praise Trump, vow to ‘work with America’ again.)

Speaking of France, the one candidate who is topping presidential polls is the National Front Party’s Marine Le Pen. Indeed, she is doing so well among an electorate tired of globalist migrant importation policies and Islamic extremist terrorist attacks that they are flocking to support her in droves.

And that’s got the EU-loving, Soros globalist crowd unhinged. In fact, as reported by Breitbart News, one Soros-backed blogger recently threatened to kill Le Pen “Muslim style” – by slitting her throat.

An influential French blogger has come in for heavy criticism after thousands of antisemitic, threatening and homophobic tweets he published under a pseudonym resurfaced over the weekend, sparking fierce debate.

The tweets included threats against Front National leader Marine Le Pen, who he threatened to kill, but their author Medhi Meklat, 24, and his supporters have shrugged them off as a joke.

“I am going to slit your throat Muslim style,” read one tweet, directly threatening Le Pen. In another, he called for “Hitler to kill all the Jews,” and in a third he tweeted he wanted to “rape” Charb (a.k.a. Stéphane Charbonnier), the former editor-in-chief of Charlie Hebdo, one of the murdered victims of the January 2015 terrorist attack on the magazine’s Paris office, with a “Laguiole knife.”

Nice. That is, if you’re a punk coward keyboard warrior.

Meklat claims that the tweets were sent under the pseudonym “Marcelin Deschamps,” who was described by him as a “shameful” and “fictional character” who had “quite the opposite” thoughts of his. However, in 2015 when Meklat changed the account to reflect his own name, he failed to delete the questionable tweets. They were publicized last week by another Twitter user who was extremely angry after seeing Meklat on television promoting a new book, Le Monde reported.

In recent months riots have been raging in the notorious Paris suburb of Seine-Saint-Denis, where Meklat was born. He became well-known for his writing at the pro-migrant Bondy Blog, which was established in the wake of the 2005 Paris riots and was financed by George Soros’ Open Society Foundation, Breitbart News reported. (RELATED: Unprecedented HATE: To date, more than 12,000 tweets have called for Trump’s assassination)

Not everyone in France thinks this foul-mouthed waif’s writings are a joke. Even some from the Left, such as the secularist organization Printemps Republicain [Republican Spring], heavily criticized them and said they fall “within the scope of the law,” meaning authorities could take action regarding them. The group also lashed out at the French media for its promotion of Meklat, thereby legitimizing him.

He cleaned the account a few days ago, deleting more than 50,000 tweets and apologizing if they offended anyone. “I’m sorry if these tweets shocked some of you. they are obsolete,” he said, adding “through Marcelin Deschamps, I was questioning the notion of excess and provocation.”

President Trump has had to endure the same kind of threats in the United States. The perennially trash-talking singer Madonna, still trying to remain relevant long past her prime, said distastefully at a post-inaugural rally in Washington, D.C., Jan. 21 that she had thought about “blowing up the White House.”