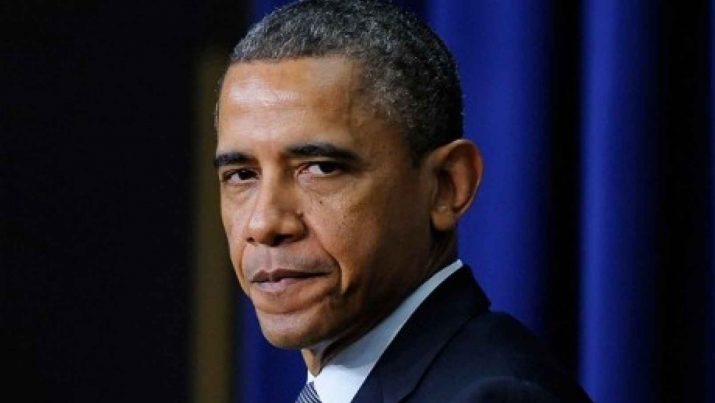 Barak Hussein Obama is not sitting idly by watching the dismantling of his disastrous and destructive legacy after eight years in the White House. Quite the contrary. He and Michelle are setting up a “shadow white house within two miles of [President] Trump,” reports the New York Post. It is from this vantage point that the former President and First Lady will  be leading “a group of leftist non-profits led by Organizing for Action” (OFA). Author Ed Klein pointed this out on Fox News before President Trump’s inauguration.

The OFA currently has over 250 offices in America and more than 32,000 fired up participants, along with another 25,000 who are actively being trained for six weeks in the same “Alinsky agitation tactics Obama received in Chicago when he was a community organizer.” Saul Alinsky (1909 – 1972) was a highly motivated and fiery Chicago socialist whose ideology has been a strategic model for both Obamas. Alinsky’s well known book “Rules for Radicals” was dedicated to Lucifer.

The OFA has raised over $40 million in donations and grants since 2013 when it morphed out of another Obama organization called Organizing for America. Because the OFA is organized as a 501 (c) (4), it doesn’t have to disclose who provides the funding, but you can be sure that Obama’s pal, the notorious, evil billionaire pal George Soros certainly has skin in the game. Frontpagemag.com points out that in 2014, according to IRS tax filings, the donors giving OFA the most were members of the “Soros- founded Democracy Alliance,” a group formed for “left-wing billionaires devoted to radical political change.”

To extend it’s reach, the OFA has teamed up with another anti-Trump progressive group called Indivisible, which boasts “4,500 local groups signed up to resist Trump in nearly every Congressional district in the country.” One of their first joint OFA/Indivisible projects was an online training Recess Tool Kit, which instructs the newly trained agitators how to “bully GOP lawmakers into backing off support for repealing ObamaCare, curbing immigration from high-risk Islamic nations, and building a border wall.” As Breitbart has exposed, “Indivisible leaders are openly associated with groups financed by billionaire George Soros.”

In addition to the OFA goal of keeping ObamaCare and resisting President Trump’s conservative agenda on immigration issues, there are other platforms Obama and his band of OFA minions are desperate to salvage. These include a platform to fight against “climate deniers,” promote gun control, and ensure that women still have the right to kill their young inside the womb, among others. Reading through the issues pushed by OFA, is a stark reminder of what the past eight years have been – and what could have been had Hillary Clinton been elected. As you may recall, Soros donated $25 million dollars to get her in the White House. It’s clear he’s still trying to make good on his investment.

That a former president is actively engaged, merely weeks after stepping down, in preserving a lying and destructive agenda is something new in America, but these days, how can we be surprised at any attempts by those intent on a globalist agenda to thwart President Trump? The disconnect between reality and lies is growing bigger for those who have signed up for another ride on the Obama train. Time will tell if these organized agitators will employ violence or mayhem. The former White House occupier may possess the biggest disconnect of all, with an ego that prevents him from knowing it.