Enemies Within: President Trump Is In Extreme Danger 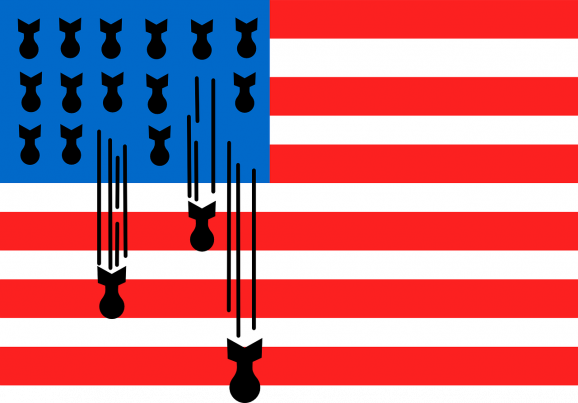 Original article and analysis by Dave Hodges of The Commonsense Show.

President Trump may have escaped the clutches of Hillary Clinton. But can he escape the danger posed by the Democratic/Communist Party who are agents of the globalists and whose main goal is the destruction of the United States?

The following comprise the “hit team” who want to take him out and subjugate the American people.

President Trump faces an unthinkable challenge. He is not only faced with dealing with over 80 Congressmen who are members of front organizations for the Communist party and the Muslim Brotherhood, he has many of these philosophical traitors to the Republic serving in senior and mid-level management in the various agencies of the Federal government. In other words, the President is surrounded by traitors who are dedicated to the destruction of the United States. Their traitors are your enemy whether you realize it or not!

Please allow me to superficially review how extensive the treason to the Republic is. This will be followed up by a stunning revelation as the end of the article.

Treason In Our Midst

Was anyone else bothered by the fact the large body count of Democratic Congressmen who did not attend the Inauguration. These unpatriotic Congressmen were led by the very radicalized John Lewis. Lewis belongs to the Progressive Caucus which a clear front organization  for the Communist Party as are the other disloyal Congressmen.

At minimum, I am concerned because these Congressmen demonstrated that they will not work with this President. This is troublesome because the Congress and the President must work together for the good of the country.

At maximum, I am concerned about this development because questions about these Congressmen are being asked by my audience with regard to their real motivation. Many of my readers and viewers are questioning if these Congressmen want to simply be “out of the blast zone” for what is coming. In other words they are positioning themselves to survive the coup that is coming.

New Zealand Journalist, Trevor Loudon, documents, through his new documentary entitled The Enemies Within) how the Communist Party of the USA itself has adopted a stealth plan to achieve revolutionary goals by decisions made in the 1970s to infiltrate and manipulate the Democratic Party. Loudon’s newest work documents how Lewis is a member of several front organizations with strong ties to the Community Party.

“The Communist and Muslim Brotherhood infiltration plan is to form alliances with the radical elements in organized labor in conjunction with radicals in the African-American community and the feminist movement to establish a progressive coalition on the left that could dominate the national political agenda for decades to come.”  John Lewis is a member of the Progressive Caucus which is a front group for the Communist Party. Lewis is not alone, but his actions and allegiances speak to his lack of commitment to the Republic and most importantly, the Constitution of The United States.
With these associations and his continual efforts in dividing the country, this Congressman should resign. Our country has reached its saturation point with treason from its public officials. Lewis has lost all credibility. Fromer Congressman, Alan West, has identified 80 of these Congressman as belonging to front groups for either the Communist party or the Muslim Brotherhood, or both.

The Muslim Brotherhood Invasion of  DHS and the White House This section is not about Muslims serving in the White House. America has no problem with this so long as they uphold their oath to protect and defend the Constitution. This section is also not about The embarrassed and disgraced wife of deposed Congressman, Anthony Weiner, Huma Abedin, has undeniable family ties to the Muslim Brotherhood. In an interview with FrontPageMag, anti-Islamist activist and author Walid Shoebat explained that Huma’s mother, Saleha Abedin, is and was deeply involved with the Muslim Brotherhood and that Huma’s brother, Hassan, is on the board of the Oxford Centre For Islamic Studies (OCIS) where he is a fellow and partners with other board members including “Al-Qaeda associate, Omar Naseef and the notorious Muslim Brotherhood leader Sheikh Youssef Qaradawi; both have been listed as OCIS Trustees.” Has the FBI stopped vetting Federal governmental employees in highly sensitive positions?

If you were on the FBI team vetting Presidential appointees, would you grant your seal of approval to the grandson of the Muslim Brotherhood’s founder, Siraj Wahhaj, who was named as a co-conspirator in the 1993 World Trade Center bombing and who has defended the convicted WTC bombers. Well, somebody thought Eboo Patel, the man in question would make a splendid member of Obama’s Advisory Council on Faith-Based Neighborhood Partnerships.

Additionally, Patel, himself, spoke at a Muslim Students Association and ISNA Convention, while appearing on a panel, and also being partnered with Tariq Ramadan.

Ramadan is the grandson of Siraj Wahhaj, who was named as a possible co-conspirator in the 1993 World Trade Center bombing and has defended the convicted WTC bombers. Wahhaj  advocates for the Islamic takeover of America under the banner of Sharia Law.

All of these people combined, plus GEORGE SOROS, are poised to overthrow this government and the intention, to do so, extends deep into every agency. Obama had 8 years to plant subversive time bombs.

For the past 72 hours, I have covered the case of State Department employee, Monika Wesolowski. Through and off-handed, unintentional comment, Monika revealed that State Department brochures obfuscate the presence of child-sex trafficking inside the territorial boundaries of the United States.

Since I published the two part story about Monika, I have heard from several Federal employees who verify the aforementioned concern and further, they make claims that parts of our Federal government are actually involved in facilitating child-sex trafficking and the people’s resources are involved.