Left-wing media gave huge coverage to march against Trump, but completely blacked out the March Against Monsanto 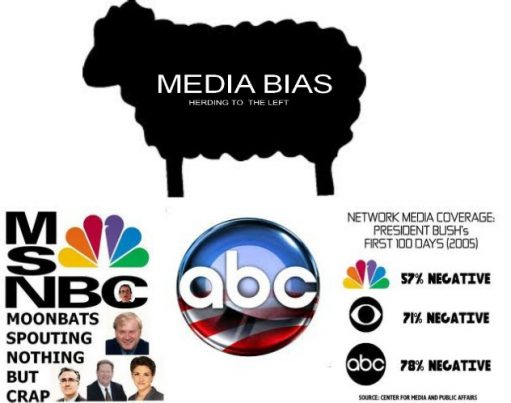 The media have been providing an awful lot of coverage on the women’s march against Donald Trump, but they fail miserably to cover other viable protests to their nation’s health. They continue to try and undermine the legitimacy of the Presidency, but that is by design. The owners of the mainstream media are all tied to interests that Trump seems determined to correct, which is why he didn’t want any campaign funding to begin with. (RELATED: See more Donald Trump news at Trump.news)

Trump took to Twitter on Sunday morning to address his displeasure with the protests, but acknowledged peaceful protests ultimately as a good thing. “Watched protests yesterday but was under the impression that we just had an election! Why didn’t these people vote? Celebs hurt cause badly,” Trump initially tweeted. “Peaceful protests are a hallmark of our democracy. Even if I don’t always agree, I recognize the rights of people to express their views,” followed up Trump.

Hillary Clinton did not participate in the Women’s March on Washington. Hillary Clinton attended the inauguration. By doing so, she sets a shining example, which her followers are unfortunately failing to follow. (RELATED: Find more Clinton news at Clinton.news)

The initial organizers of the march were white women, but they handed leadership over to organizers from New York, who embrace a liberal agenda focusing on workers’ rights, reproductive rights, environmental justice, immigrant rights, and ending violence against women. A group of anti-abortion women also wished to participate in the event, but those activists were excluded. Why would those women be excluded? Well, that’s the left wing for you.

The mainstream media pummeled viewers with news stories claiming nobody was interested in the inauguration, and that everybody was super excited for the march. Nielsen television ratings put Trump’s inauguration as the 2nd highest recorded in 36 years.

Neither the protests nor the DisruptJ20 attacks were spontaneous or organic demonstrations. Without the aid of left wing funded organizers, they would have never occurred. We know how fast the left wing works, we’ve seen how quickly ads went up on Craigslist to secure paid protesters after Trump’s election. It’s no surprise that the usual suspects were involved behind the scenes of the march.

The groups that organized the Women’s March on Washington were underwritten by George Soros. He believes that China’s government is superior to the US government. He sees the United States as his biggest obstacle in conquering his globalist agenda. The radical left wing still can’t except the electoral college results, so it’s blatant they don’t respect the constitution.

Asra Q. Nomani wrote in the New York Times “the march really isn’t a ‘women’s march.’ It’s a march for women who are anti-Trump.” Nomani is a lifelong liberal feminist who voted for Trump. Nomani recognized “the funding, politics, and talking points of the some 403 groups that are ‘partners’ of the march,” and discovered George Soros has either funded, or maintains a close relationship with, 56 of those partners. Among the Soros grantees designated as partners were MoveOn, American Civil Liberties Union, Center for Constitutional Rights, Amnesty International, and Human Rights Watch — to name a just a few.

It’s sad to see that Soros has control over so many groups with a designated cause; his cause. We knew Soros was going to be all over the inauguration the day that Trump was elected, we just didn’t know how it would all go down exactly. The ambiance in downtown Washington for the march wasn’t much different from that at the Democratic National Convention in Philadelphia last summer, just more of the same anti-police and anti-white radicalism.